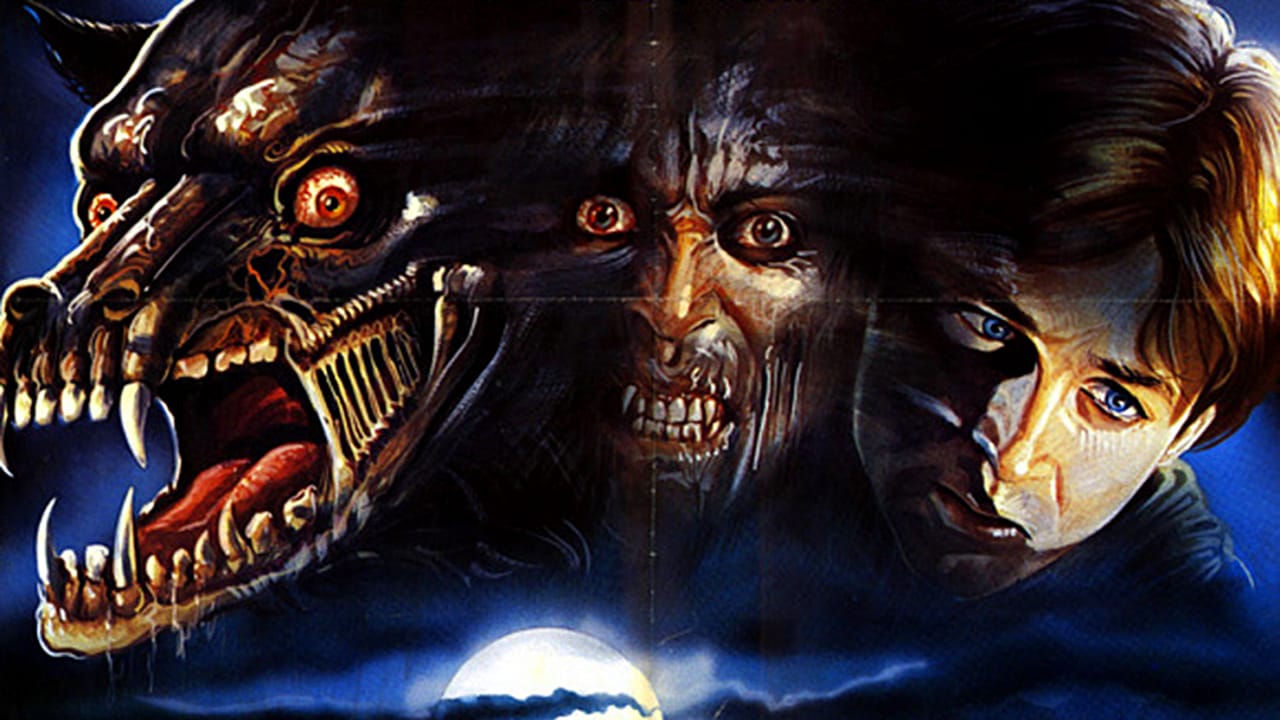 After yet another long hiatus, I’m back. In case you’ve forgotten, I am Dr. Deimos Strigoi. I’m a fan of weird cult flicks from days gone by. I have a particular fondness for 80’s horror, no matter how cheesy they are. Bad acting? Bring it. Bad effects? Bring it. Weird werewolf flick with Alice Cooper? Bring that bad boy on. And so, it was broughten….or something like that. Yes, I found and watched this crazy flick starring Alice Cooper. The great musician known for his horror stage show was the main actor in a flick. I had no idea. I’ve seen him in bit parts before, like playing a homeless person in John Carpenter’s Prince of Darkness (which I’m reviewing soon), but I hadn’t been aware of this flick. Now I know why. Not because it’s bad, which it is, but because it’s a Spanish flick. All the voices are dubbed into English, which adds to the cheesy awesomeness of this flick.

It opens with a music video of Cooper’s Identity Crisis song. He plays James Bond, Sherlock Homes, Jack the Ripper and even Billy the Kid. This made me think this was going to be a musical or at least in the vein of Trick Or Treat, the one with Ozzy and Gene Simmons. This was not the case and I’m kind of glad. Now, he does play a rock star, which is a total stretch, but it still make it seem like a musical number is coming at any second. Alice plays Vincent Raven, which is a badass rockstar name, who’s going back to his hometown to shoot a music video. He’s bringing his much younger entourage along for the ride. The cops refer to him as a kid even though he looks mid thirties to early forties in this.

They get stopped by the sheriff and deputy in the fog to warn them of roving wild dog packs who are attacking people. Even back then they were wondering, “who let the dogs out?”…..heh heh. Anyway, it’s made clear that Vincent isn’t wanted back home and his father was the cause of murders in the past. And as soon as they drive off, the sheriff and deputy meet their demise at the paw of the “monster dog”. It’s not really clear if it’s just a big ugly dog or a werewolf, but it’s clearly a puppet.

The caretaker of Vincent’s childhood home, Jos, is attacked by dogs before they arrive and it’s not shown, but were sure he’s chow. Was that an attack poodle? Doesn’t matter, they’re clearly evil dogs.

Vincent’s crew arrives, which includes his love interest Sandra (Victoria Vera), Frank (Carlos Santurio), Marilou (Pepa Sarsa), Angela (Pepita James) and Jordan (Emilio Linder). Jos, of course, is nowhere in site, so Vincent grabs a shotgun and goes looking for him. I always go armed when looking for anyone, especially the cat. Never know what might have happened to them. Something is clearly weird about the house as Angela has a nightmare that an old man they met on the road murders everyone and Vincent is a werewolf.

During the making of the video, Angela sees a shadow, which ends up being Jos, as his corpse falls through a window. Talk about making a grand entrance. Even dead, Jos tries to steal the spotlight. It’s Vincent’s video, dude. Show some dead respect. For some weird reason, this freaks Angela out and she wanders off while the rest try to figure out how Jos’s corpse fell through the window. Vincent goes after her and while he’s gone, 4 really dirty creepy guys show up, set on killing Vincent. Word must travel fast in that little town, despite everyone holding up for fear the dogs get them. They easily trick the crew into letting them inside and quickly take them hostage and wait for Vincent to show back. up. Seriously, this crew is so easily manipulated it’s sad.

When Vincent finally finds Angela and they both get back to the house, Angela is killed but accident by the creepy weirdos. Three of them chase Vincent, which leads to a gunfight on the rooftop and the other watches the crew. They are soon attacked by the dogs from the local humane society. Someone just feeds the damn dogs already. Instead they tear Frank, Jordan and the last weirdo apart. Vincent has easily killed the other weirdos on the roof and as soon as he’s there the dogs calm down. He’s the dog whisperer.

I won’t spoil the ending, but it was better than I expected. It’s a great 80’s cheesy flick if you’re like me and you love that decade. I had never even heard about it and just happened to come across it. It was worth it. I’d give it 3 stars. If I ever fulfill my dream and get a small theater for showing cult flicks, I’d show this. It’s fun. Alice was better than I thought he would have been. Have you seen this? What’s your thoughts? What’s a great 80’s gem that should be on my radar? I’m looking for flicks, like this, that maybe most people miss. Even 80’s nerds like me. 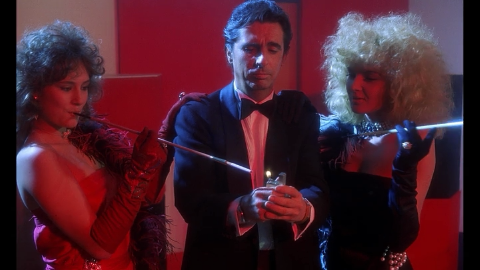 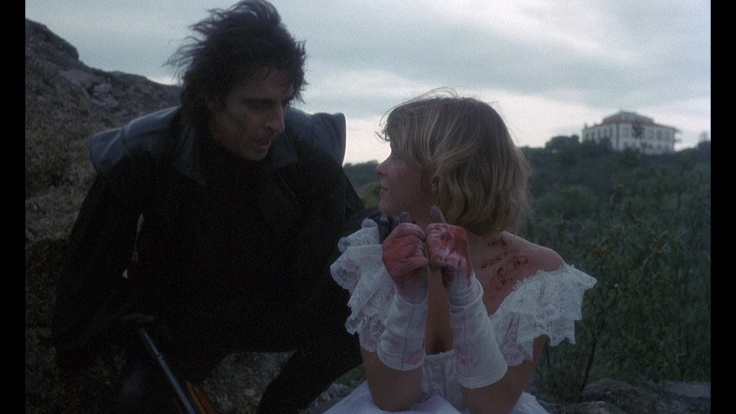